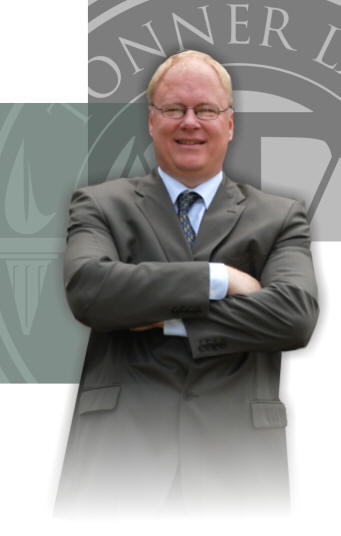 Ned Tonner received a Bachelor of Science in Finance in 1982 from Indiana University and received his law degree in 1985 from the University of Tulsa, in Oklahoma. He then clerked for the Honorable Michael S. Kanne, Judge of the Federal District Court in Hammond, Indiana, where he participated in numerous trials and learned the nuances of trial work.

For the next five years, Ned practiced in insurance defense litigation firms in downtown Chicago and Los Angeles and in Orange County, California, where he defended various businesses and entities in personal injury actions. In 1992, Ned returned to his native Indiana and in 1994 opened a general law practice in Rensselaer, Jasper County, Indiana, where he concentrates in plaintiff’s personal injury litigation, family, criminal law and wills & trusts. His understanding of insurance companies has been a key to the success of the firm’s personal injury practice.

In addition to representing various businesses, Ned served as City Attorney for Rensselaer for 10 years and has also been a Public Defender in both Jasper and Tippecanoe Counties. He is a member of the Jasper County, Indianapolis and Indiana State Bar Associations. He is admitted to practice in all Indiana state courts.

DISCLAIMER:   The information you obtain at this site is not, nor is it intended to be, legal advice. You should consult an attorney for advice regarding your individual situation. We invite you to contact us and welcome your calls, letters and electronic mail. Contacting us does not create an attorney-client relationship. Please do not send any confidential information to us until such time as an attorney-client relationship has been established.

No representation is made that the quality of legal service to be performed is greater than the quality of legal services performed by other lawyers. We are a debt relief agency. We have successfully helped thousands of people file for bankruptcy relief under the bankruptcy code. The information you obtain at this site is not, nor is it intended to be, legal advice. You should consult an attorney for individual advice regarding your own situation.